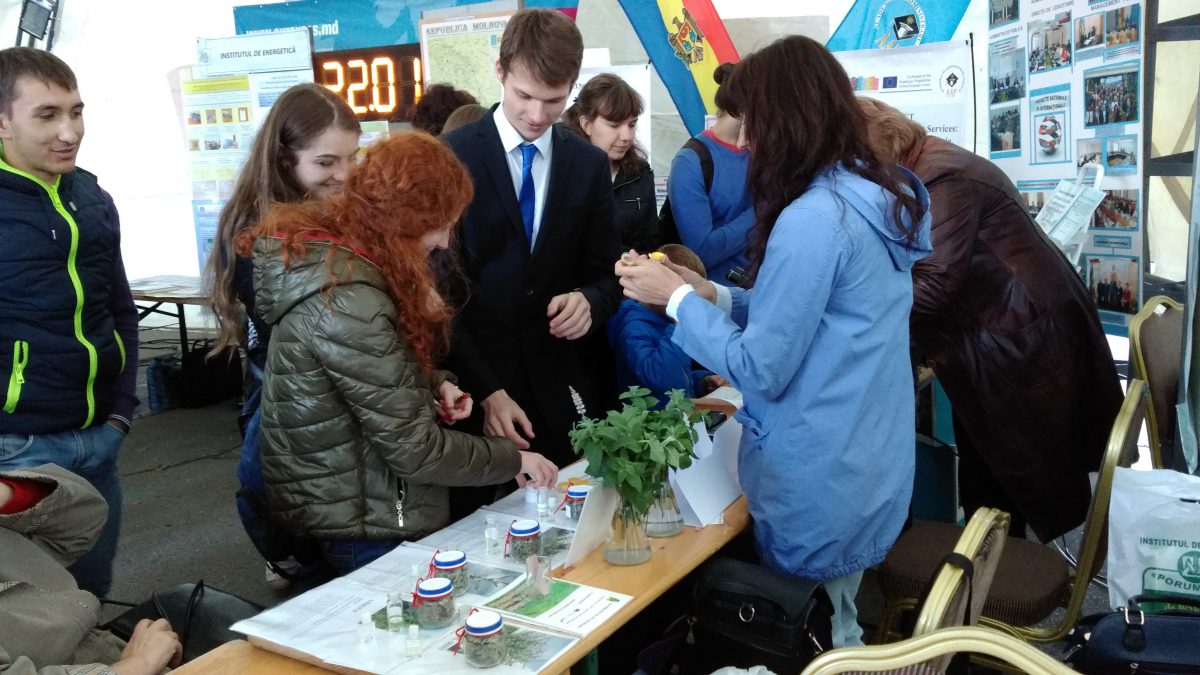 The Night of European Researchers is held in over 300 cities across Europe. In the square of the Academy of Sciences of Moldova, on September 23, science was closer to all the curious. Each institute of the ASM demonstrated the achievements and the continuity of the projects of the previous years. Experiments, tastings, medical first aid and good music were all  on the agenda!

Organic Farming – Field of Research of the Institute of Pedology, Biochemistry and Soil Protection

Soil protection and waste recycling are current themes of the 21st century. The Institute of Pedology, Biochemistry and Soil Protection presented a wide range of books and brochures to the public to inform visitors and visitors.

Did you know that the institute opts for organic farming? Here are developed technologies for the use of organogenic waste from wine making, alcohol production and others. The advantages are obvious: for 5 years maize production has increased by 20-25% and grapes by 50%. 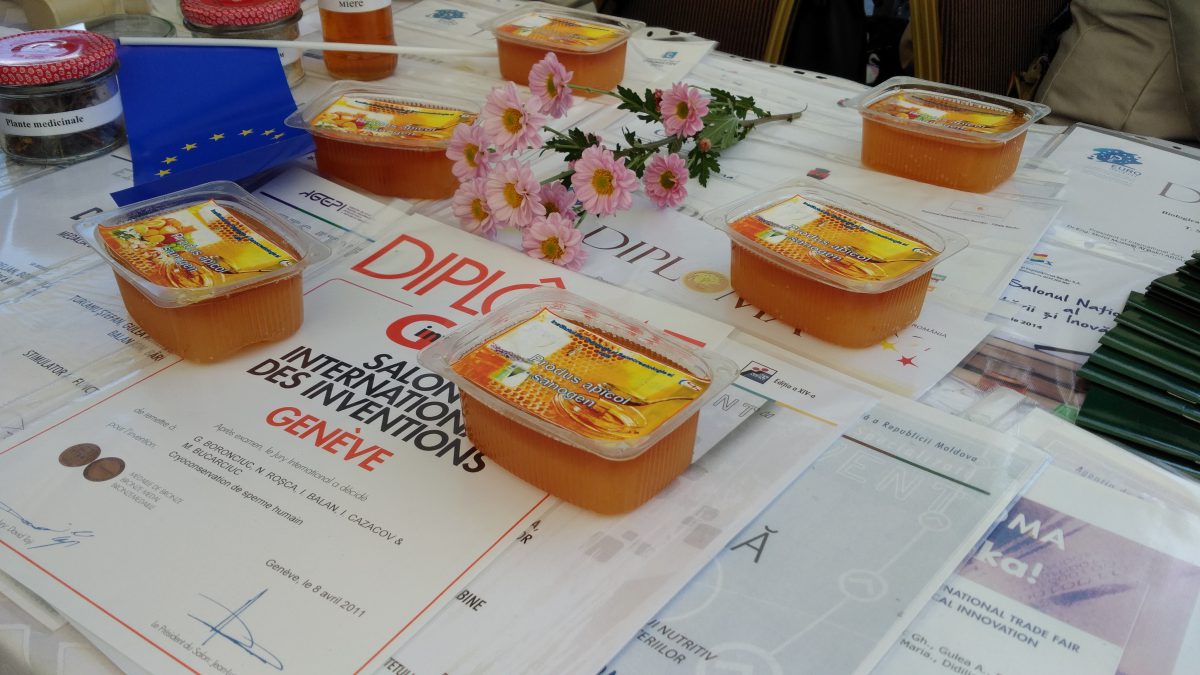 “The Night of European Researchers is a welcome event for the science of the Republic of Moldova. This event is very interesting. I met many people in the research and noticed curious young people who want to know more about science, “says Andrei Siuris, one of the researchers present at the event.

The Agency for Innovation and Technology Transfer emphasizes originality and that’s why it came to the event with special products. One of the innovations is the oil obtained from the grape seeds that have been appreciated by the visitors. Cold pressed and tasteful, they retain their bioactive compounds in maximum quantity and quality, so they are used in medicine and nutrition. Producers also claim they do not create waste after plant extraction, and the materials are compressed and can even substitute for coal. 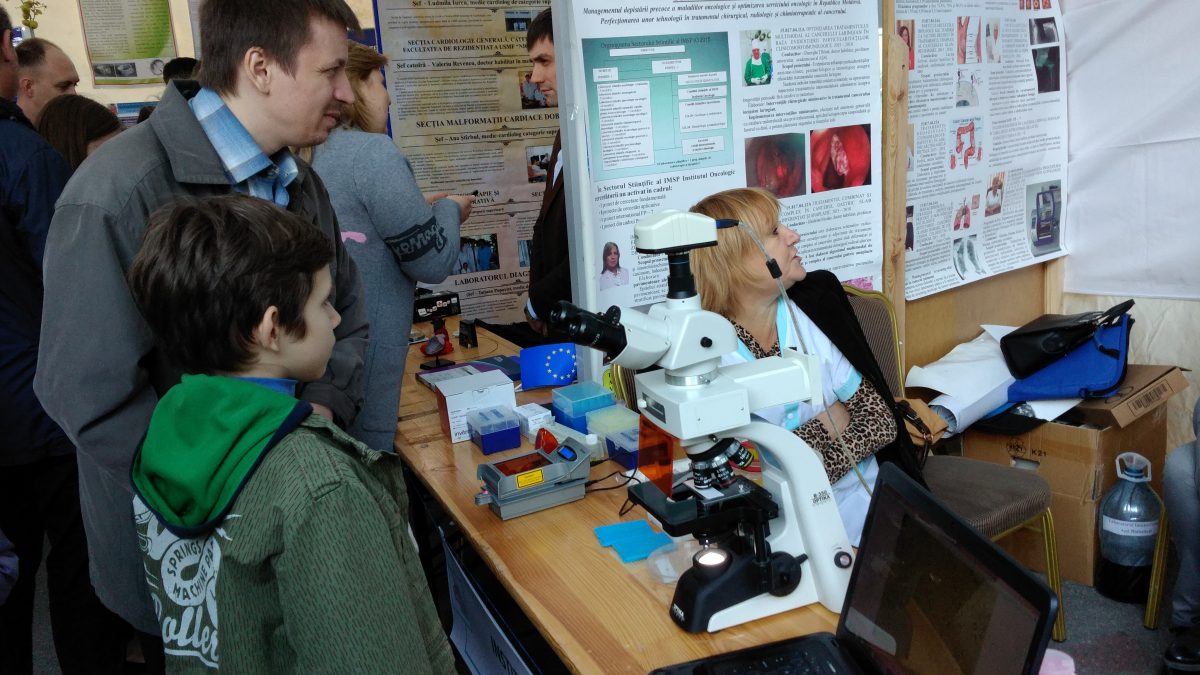 “The impressions of the event surpassed my expectations. Here I discovered hues I did not expect to see. However, there is something interesting about us in the country. I was impressed by this event. Those who have not managed to come to the European Researchers’ Night will necessarily organize their agenda for next year to see something really special in the Republic of Moldova, “says Valentin Botezatu, representative of the Agency for Innovation and Technology Transfer.

Science is cheerful, and chemistry is not just bombs

Chemistry is the science that has always attracted the eye of the audience thanks to experiments and the multitude of exciting and sophisticated devices. The Institute of Chemistry of the ASM has been assaulted by the public. Innovative experiments have been on the agenda. Rainbow cylinders and tricky tubes have caught public attention.

“I participated in an experiment and I was surprised by the burning foam on my hands. Butane mixed with water and shower gel was on fire after the lighter was near the substance, “says Ionut Gona, one of the participants of the event and a student of the High School of the Academy of Sciences of Moldova. 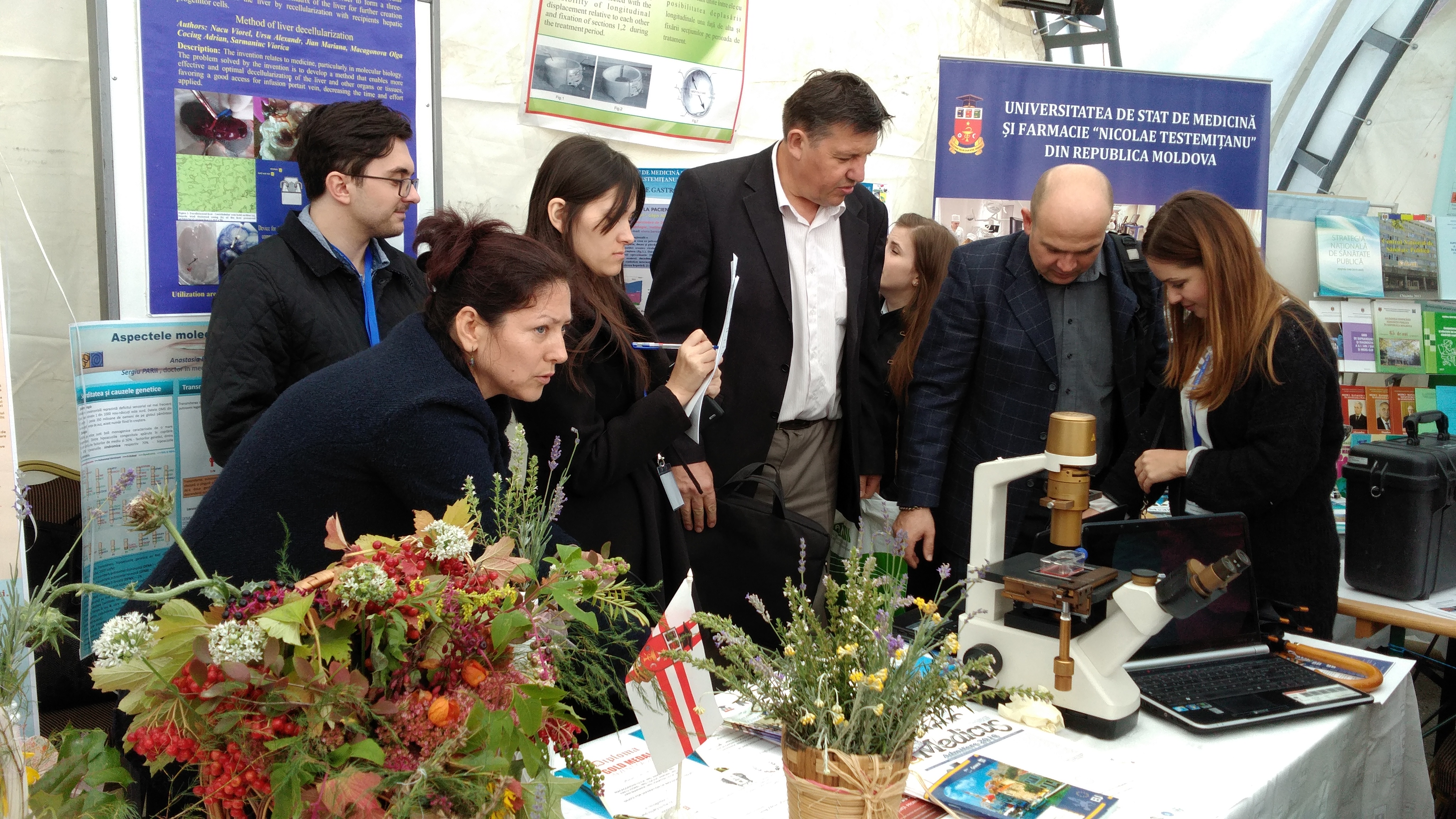 The participants and the researchers were equally enthusiastic about the experiences. “This event is an interactive way to promote science. All the more, it is interesting for all ages and it is an exchange of experience for researchers, “said Daniel Podgornea, a master of the University of the Academy of Sciences of Moldova.

In addition to the research institutes of the Academy of Science of Moldova, the students of the High School of the Academy of Sciences of Moldova were also present at the European Researchers’ Night. At the LASM tent, the guests admired the trophies, students’ diplomas and machines invented by Dan Butmalai, Valentin Vozian and Sandu Petrasco. Students have been involved as volunteers at the event because they are part of the ASM family.

“I am happy to attend this event. It is important for science to be closer to people. Through free communication and experiments, we get acquainted directly with the institutes of the Academy, as well as with their researchers. For us it was something very important, because through the collaboration with the institutions of the Academy we fulfill the mission of the high school. I wish success to the organizers, especially ASM, to Gheorghe Duca, Elena Zamsa, who are the main focus of the event, “said Pavel Cerbuşca, deputy director of the Academy of Sciences High School in Moldova.

Children are very inventive, especially if they want to know how things work. They have shown a clear interest and demonstrated that they have a rich imagination in their activities at European Researchers’ Night.

For one hour, they could program robots that moved, emitted sounds, computed, brought objects, and sorted them. This educational activity stimulates the development and imagination of children. Schemes for these games were, in most cases, invented by themselves. 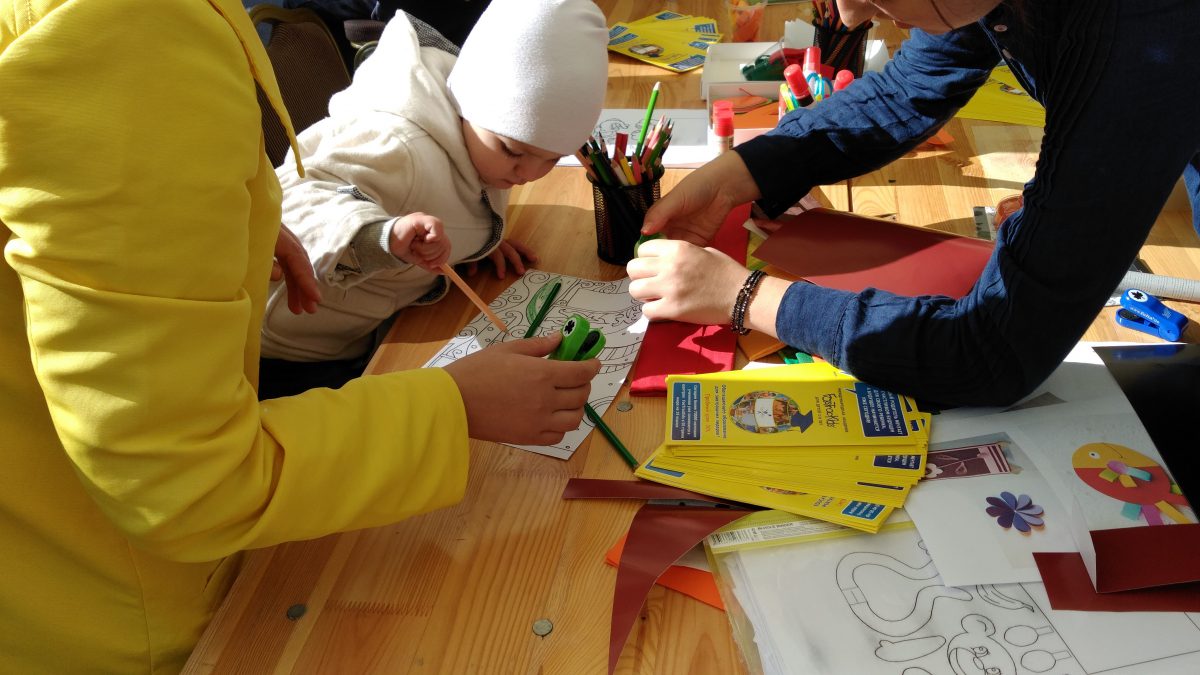 The Night of European Researchers unites science, scholars and people interested in innovation. Every year, visitors admire the beautiful exhibits and participate in experiments. The atmosphere of celebration and good mood dominated the Academy of Sciences Square in the evening when research became closer to everyone.